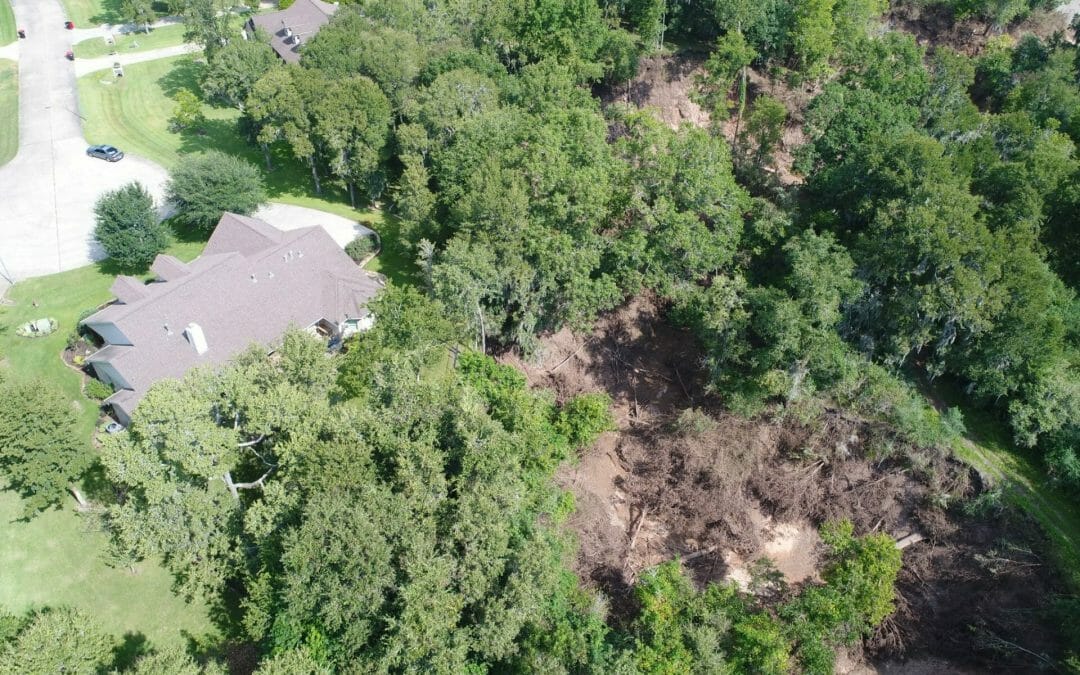 And Professional Drone Services has had its hands full!

This homeowner in Fulshear (just northwest of Katy), for instance, contacted us for aerial photography that documented (for insurance purposes) the washout of a canal behind their house leading from the Brazos River: 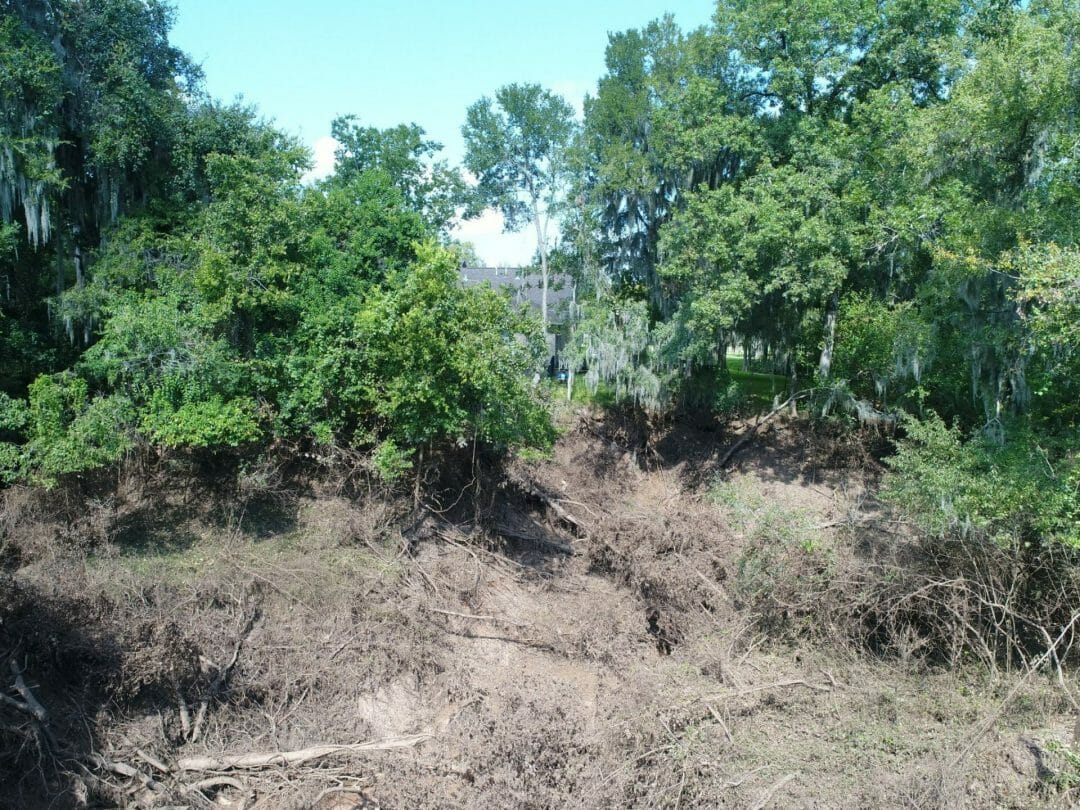 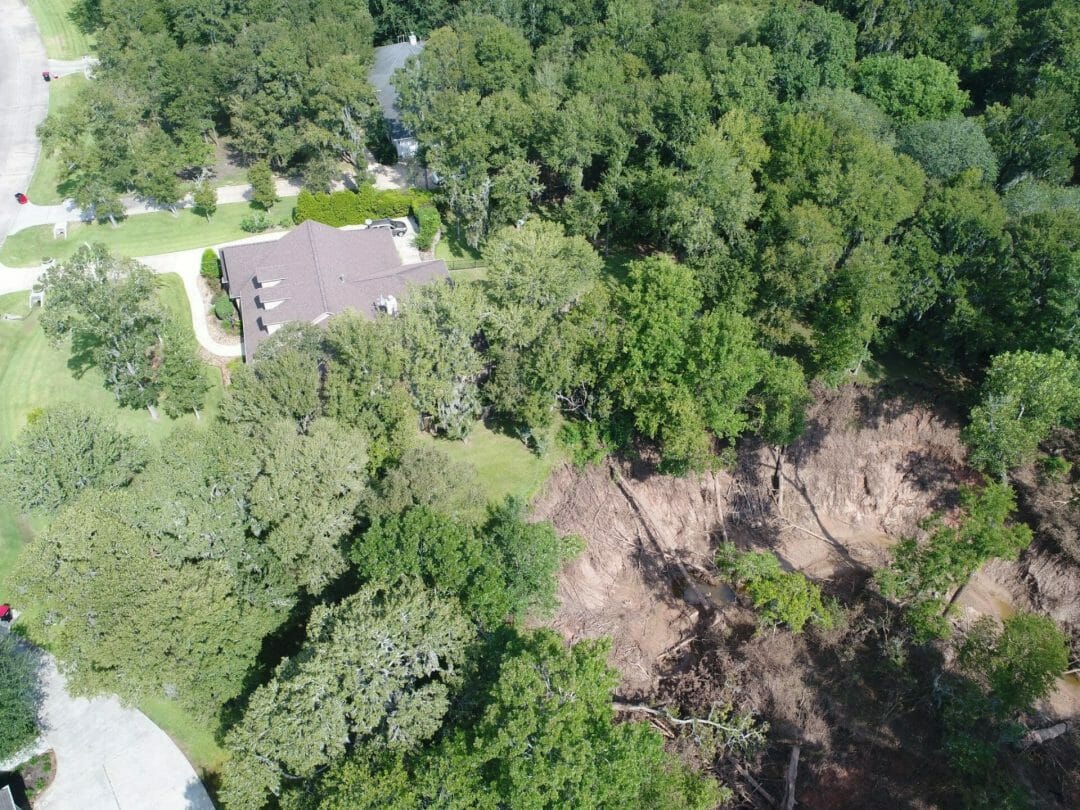 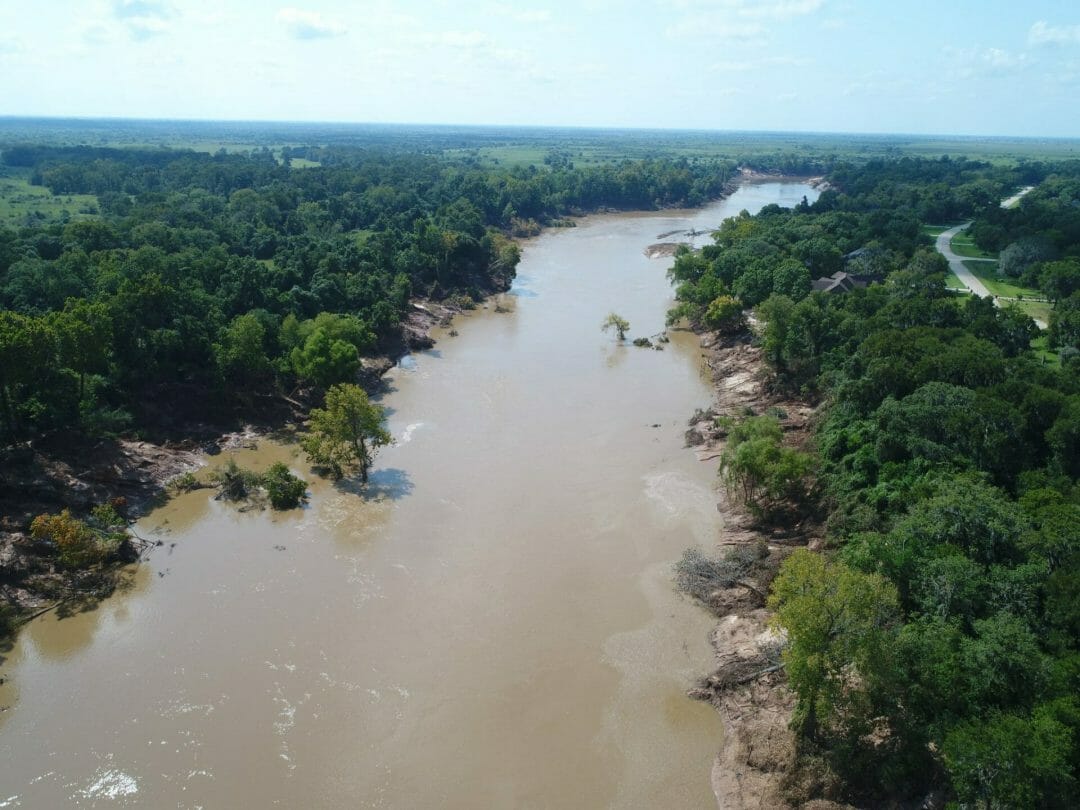 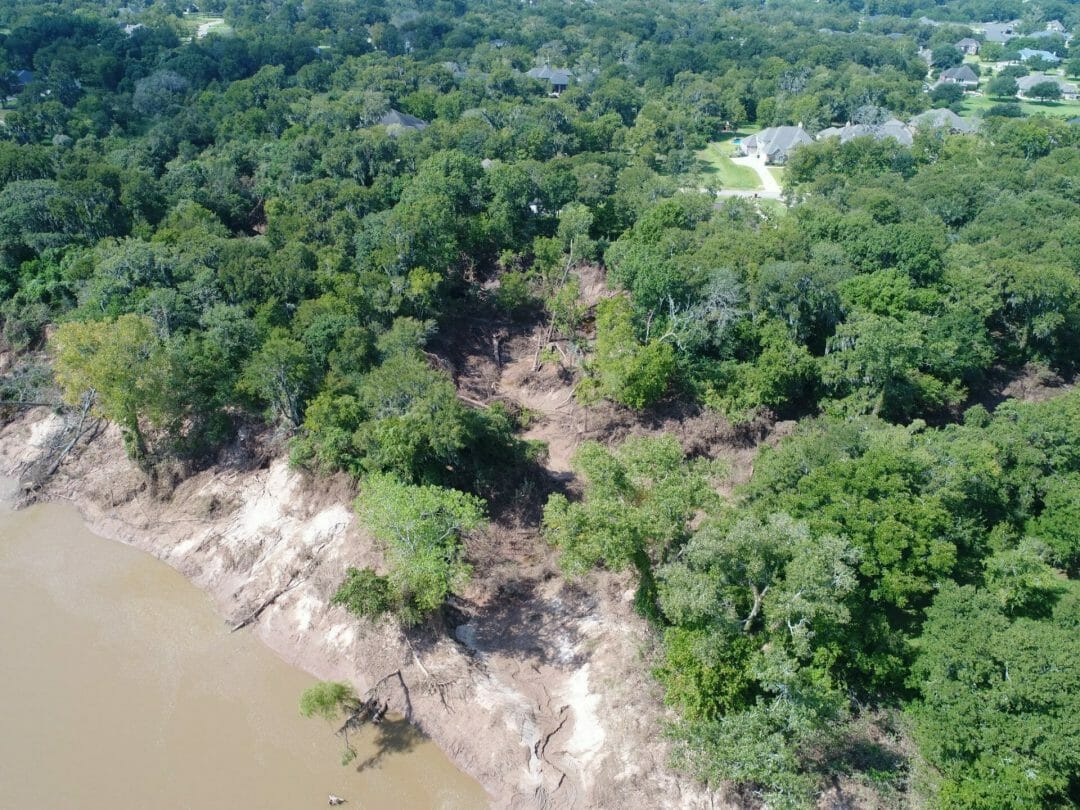 The canal, normally 10 to 15 feet wide, with no flowing water, became a dangerous 30-foot drop and sinkhole that eroded almost half-an-acre into their property and now threatens the structural integrity of their foundation.

This documentation could not have happened by anyone with a camera on the ground, because of the danger of the sinkhole and the need for an aerial view over the trees. The turnaround on this project was 6 to 8 hours after receiving their call, with digital images emailed to them that they could view and edit.

“It was pretty scary standing on the edge of that sinkhole,” says Hayden Franks, the Professional Drone Services pilot on that job. “I’m just glad we’re able to provide this kind of service to the community and feel like we’re helping in some small way.”